Remembering From Whence We Came

Today is World Autism Awareness Day. It is only the 3rd health issue to receive its own day of recognition that was unanimously voted on by the United Nations General Assembly in 2007. Nationwide, city buildings and private residences will be “Lighting it up Blue” in honor of those affected by autism and to raise awareness of what is now known as a national epidemic in the US with 1 in 88 children diagnosed with autism. 1 in 54 boys are diagnosed, and 4 times more likely than girls to be diagnosed. When girls are diagnosed, their diagnosis is usually more severe than that of boys. Learn more about autism – early signs, symptoms, it’s effects on functioning and skills and treatments here.

Today I want to take a little time for myself and remember. Remembering 6 years ago when all I knew was the sweet love for my precious newborn boy. I remember when disability was nowhere near being a part of our world. We were simply very proud parents of 2 incredible kids. I remember recovering from my C-section because Sam was a few weeks early, breech, labor wasn’t stopping and it was too late to try to turn him around. Once home, I laid on the couch holding his warm, tiny body and we’d stare into each other’s eyes. Kyle and I used to say his eyes pierced our souls. It was as if his eyes were telling a story, full of beauty and mystery mixed with colors of stone grey and blue, drawing me in to search deeper for answers to the se

I remember how he giggled and laughed and squealed when he was happy and discovering new things for the first time. I remember helping him sit up and stay sitting, which gave way to crawling because sitting still was just too boring. He was a little late in walking, but finally met his milestone barely on time at 15 months. He was non-verbal, though I remember him saying both “Mama” and “Dada” at least once, but then never again. The pediatrician said it was common for toddlers to “master” a word by using it once, and then not using it again for a while. But Sam never had any other language… except screaming.

Ah, the screaming. I like to describe it as velociraptor (think Jurassic Park – the cute little guy in the forest, but who then lets out an ear-piercing dinosaur screech before devouring its prey) mixed with a screech-owl. It was how he cried all the time. He didn’t really have varying degrees of crying like most babies do to differentiate between hunger, need for a diaper change, being uncomfortable or hurt. It was always the same fingers-on-a-chalkboard scream for everything.

I remember how horribly upset he would become at the slightest infraction. If one of his perfectly lined-up toys fell over, or was moved by a second party, his world was upended. He would scream, and the most frightening part of his tantrums was his head-banging. He would run to the front door, or get down on all fours and slam his head repeatedly against the hard floor surface.

He didn’t seem to be affected by the pain until later. Eventually, I think he realized the wooden door, hardwood floors and ceramic tile kitchen floor actually hurt, so he changed to banging his head against the sofa cushion instead. If the sofa cushion wasn’t readily available, he began using his hands and beating them against his head. It was one of the most painful things as a mother to watch my son purposefully hurting himself.

I remember his incredibly picky eating and extremely limited diet and both the pediatrician and nutritionist said that despite the saying that kids will eat before starving themselves, Samuel was so severely impacted that he truly would starve himself and end up in the hospital from his refusal to eat. We had no choice but to give him whatever he wanted whenever he wanted just to get calories in his body. He still drinks only chocolate milk because he refused regular non-flavored milk for the past 5 years.

I remember coming to my absolute end one day when he was in his high chair refusing my peanut butter sandwich and wanting goldfish instead. I was trying to get him to take a bit of sandwich, then reward him with a cracker. But he began screaming incessantly, wailing on himself with both hands and throwing himself from side to side. In tears, I called the only person I knew who could help, my friend Amy Bruscato whom I knew worked with special needs kids. I didn’t know exactly what she could do, but I figured that of all people, she would know what to do. I cried to her telling her what was happening, fearful of what I might possibly do to my son out of such desperation. She had just had her first baby, but she told me to hold tight and leave him in his high chair if he was safe and she raced over as soon as she could. She sat with him, patiently talking with him, teaching him signs for cracker, please, and more as I watched in awe, and he actually used the signs to communicate instead of screaming.

I remember going through a hearing and speech test at Children’s Mercy Hospital. I remember praying that my son was deaf during the hearing screening that would be causing his delay in speech and non-responsiveness. I thought I could handle learning sign language. I couldn’t handle some kind of neurodevelopmental disorder… or so I thought. I remember learning that at 18 months of age, Sam was at a 50% delay in speech – which means he was operating on the level of a 9 month old.

I remember beginning speech and behavior therapy 6 hours a week and having our lives invaded with words like ABA, manding, signing, stimming, echolalia and more terms that all meant something was wrong with my son. But I also remember – fondly – the sweet Christ-like spirit of our therapists, my friend Amy and her speech therapist friend, Shannon. They were so patient with Sam. They seemed to really love him, and something I had a hard time doing – enjoy him. They taught me how to do that. They listened with compassion when it was too much for me and let me cry. They encouraged me like cheerleaders through holding Sam during terrible tantrums when he tried to hurt me as tears ran down my cheeks. When they praised Sam for his progress, they also praised me. We were learning. We were growing. Sam’s language grew; my enjoyment of him grew.

I remember 5 months after beginning therapy when we received the official diagnosis of autism – moderate/severe borderline. I sat across from the psychologist who made this determination after just two hours of testing and grading, numb to her words. I remember asking what to do now, as I would ask a doctor upon diagnosis of an illness, expecting an answer. She had none, except to say, “Keep doing what you’re doing now in therapy. Good luck to you.”

I remember my husband and I clinging to each other in tears over the cataclysmic change that had just taken place in our lives against our wills. I remember my mom reciting Jeremiah 29:11 to me, that God had a plan for our son, to give him a future and a hope. That he was created just as he was, in the image of God, and that everything would be okay.

I remember a thousand things about the life of my Samuel James thus far, both positive and negative. I don’t think I should choose only to remember the good things, because it’s in remembering all the challenges and seemingly impossible trials we thought we could never overcome that we’re reminded “from whence we came”, and how far we’ve come together. I never thought he would be able to talk in regular conversation with anyone, or know how to express love and emotion (especially appropriately), or read or write, or have friends. Yet he has accomplished all of these things and MORE! God has been so good to our son and to our family. He has caused so many things to work together to bring Sam to where he is now: mainstreamed in 1st grade, smart beyond belief, able to read above grade level, writing very well for his age, funny, many – though obsessive – interests, friends, and even making his own choice to give me a hug and kiss, just because he loves me.

There’s nothing special about our family that would cause God’s favor to rest on us. We have been lavished with grace, and we are so thankful for what we have. I can’t compare our son and his degree of autism with anyone else, whether more or less severe, because autism is still autism in any family. This is our story. It might look similar to others’ stories, or better, or worse. But it’s our story just the same.

I can’t wait for the day when I remember back on this time and the terrible week we had last week, the tears I cried both alone and with my husband because it just hurt so darn much. I’ll have to try harder to remember the times like last night when Sam snuggled against me on the couch and just sat with me quietly.  Or the “normal” conversations we’ve had as a family at the dinner table, or watching him color his flags in utter contentment and the pride he takes in his creations taped to his wall. But I’ll still remember. 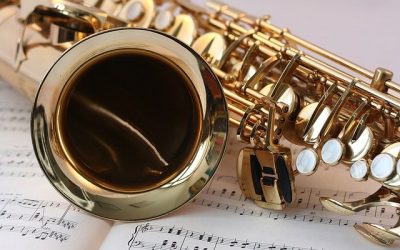 It’s 8:22pm on a Monday evening and I was resting my eyes on the couch (okay fine, I was taking a nap) as my husband practiced the piano. As he...