For the past year, I have been working closely with a particular therapy company that I found in one of my many Google searches, they seemed to be a glimmering oasis. We had been searching for someone who took our insurance, provided in-home ABA therapy, AND serviced our area. The first time I called, the director herself answered the phone. They fit all the criteria we needed. I was very impressed with the level of personal attention more than one person paid to our family as we began the initial intake process. Now we were getting somewhere.

Our process was delayed when I found out that although they had applied to be a Medicaid provider, they were not yet approved. Hopefully it would go through in another month or two. A couple months later, they had more hoops to jump through with insurance to get approved. I wrote a blog post about how I literally spent several hours on the phone with insurance people myself trying to find a way to get this therapy covered. It seemed there was a certain code that we could use, but another month later, we found out that insurance was just not going to pan out. The only way to get this therapy was to pay for it out of pocket. And that was definitely not an option for our family.

Thus began the search for grant money to cover ABA. I don’t know if you have ever tried to apply for a grant, but they are not simple pages to sign – well, they are, but they require much more than your name and signature. All kinds of proofs are needed – and rightly so – to make sure they are giving their money to the right people who are truly in need and have no other recourse. And so the paperwork began. We applied for a $5000, $3000, and two $1000 grants starting back in April through July. Two of them are only open to accepting applications during one or more certain months of the year. Another is only open as funds are available. The other was a random grant I found online. So far, the two biggies were denied. $8000 ($5K + $3K) was going to fund more than an entire year of in-home ABA therapy, and we didn’t get either one. The $5K grant was denied first, but apparently they review your application for one more quarter if you are denied the first time. We have another month to wait to hear if we got it this time or not. The $3K grant was a first-come, first-serve grant that we did receive last year, but unprecedented numbers turned out this year and the entire county (5 branches) ran out of funds on the SECOND DAY the grant was open to receive applications. The two smaller grants are still in question.

So for the past year, I have been jumping every hurdle and bounding through every flaming hoop set in my path pursuing the perpetually dangling carrot ever before me, just barely out of reach. At first, all we needed was for insurance to approve the company. But it turns out that wasn’t enough. Then I needed to follow all the rules to apply for grants. Done. Then I had to wait for the results. Denied. 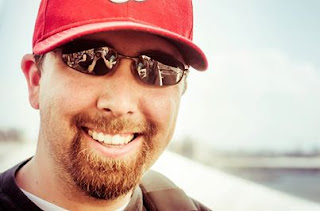 Enter Matt. Matt is my little brother who’s not quite so little anymore (since he’s a grown-up now and not a little kid). He’s got a great job, just moved into his own house without roommates and travels the world. Because he can. He’s an awesome photographer but not by trade. He’s just really good (see below). And his camera is seriously cool. He feeds my tea obsession by bringing me tea spoons from the different countries he’s visited. He treats us to seats at the baseball games because he’s got season tickets and likes to share. He’s a pretty incredible chef and the pictures he posts on Facebook really do taste as good as they look (remember – good photographer!). He plays Legos with his nephews and brings them gifts from afar too. He’s a pretty awesome brother, and all-around guy and I love him very much. But I can beat him every time in a pillow fight and ping pong. (Challenge extended.)

Matt also has a huge heart. When I found out our application for the second largest grant was denied, I was so frustrated and a little bit crushed. Foolishly, I had counted on that money because of our experience last year. I heard about the grant late in the month and we still got it even though it was first-come, first-serve. This year, I sent in the application the very first day it was allowed to be mailed (very strict rules!) and figured there was no way $5.2 million dollars could possibly be exhausted all at once. I was wrong. I posted about it on FB to share with my many friends in other states who have been praying for us. Okay, I was publicly lamenting. When Matt read it, he started to think that maybe he could help. He had some concerns in offering – what he could do might not be enough to make it worthwhile, etc. But he offered anyway. I was so overcome with thankfulness and shock that I couldn’t say anything other than “thank you” through my tears. He was so matter-of-fact about it too. If he could help, then of course he would because he wanted to. What a blessing!

Excitedly, I e-mailed my “people” at the therapy company right away. The billing person was out of the country, so I had to wait to hear back. In the meantime, I could rest because the last puzzle piece was finally in place. This whole time, all we needed was the funding. Insurance didn’t work. Grants didn’t work. But now… now we had something in place and all we had to do was get it on the schedule. And then the carrot was jerked away yet again. Due to demand, there is now a wait list in place. They are hiring more staff who have to be fully trained before beginning any new clients. It will be a few weeks, and maybe not even until October before we can start. The silver lining is that we are at the top of the list, so that is reassuring.

Ugh! I had gotten my hopes up once again, so happy to be able to start therapy when school began so we could kick off on the right foot this year and deal with the whole summer-to- school transition right from the start. And now… another undetermined amount of wait time.

My human nature cries out. How can this be? It seemed as if the Lord had gift-wrapped exactly what we needed and held it out to us but just as we reached out to take it, He pulled it back from us. Why would He purposefully bless us, then not allow us to use that blessing? Why can’t anything ever just be easy for once?

Yes, I know His timing is the best. Yes, I know He is working for our good and His glory. But it can be so hard to accept that when all of a sudden, a plan that seemed solid as stone goes awry. I want to conform: Not my will, but Yours be done. My mind argues back: But what ARE You doing?!

I don’t want to complain against the hand of God. But my own nature can do little else. I don’t know how long this wait is going to be. It’s already been a year, broken up into smaller chunks of time for various things. Why did He give us what we need if we can’t even use it now? Perhaps so it will be ready when it’s time? I don’t know when that is – or really IF it ever will be.

One reason might be just to keep me close. A reminder not to run to God like He’s Santa Claus. Love Him for who He is – Father, Redeemer, Savior, lover of my soul. Not for what He gives me – comfort, money, therapy… Yes, it’s okay to take joy in His gifts and to glorify Him in all things. But to only love Him and praise Him when He gives us what we want is not true love. If Sam never received this precious in-home ABA therapy, would I still truly love God and continue to follow Him despite never having what I think my son needs? Despite the discouragement and confusion that might come from that, I still say yes, I will follow Him. Because deep down I know that He is caring and providing for Sam in ways I cannot fathom. I have to trust that. Otherwise, I’m being disobedient to the Lord. Distrust = disobedience. God commands us to trust Him. If we don’t trust Him, we don’t really believe He is who He says He is. As my mother says, “Either you believe Him, or you don’t.”

The carrot still dangles in front of me. But I believe the carrot is already mine. I just don’t have it yet. It might not be what I think it is – it might not be in-home ABA therapy. Whatever it is though, I have to trust that it will be better than my ideas. Not only better, but the best! Lord, help my unbelief and help me – cause me – to trust in You.