Just wanted to share some pics from our playdate today. I met a girlfriend who has three girls that are close in age to my three boys. Both of our middle kiddos have autism. I showed Sam “L”‘s picture from my friend’s Facebook page and told him that L has autism, just like him. 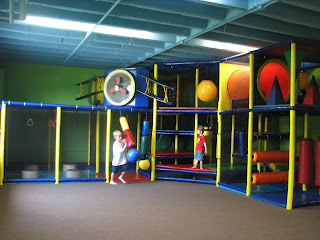 We met at their church that has a large kids room with an indoor playground – VERY cool!! I was coveting, I admit. The screened in room on the far left had mats with pictures of water and alligators on it and soft tree stump-like things to stand on. You can see the triangular rings hanging down from the ceiling, so you could swing from stump to stump – but if you fell, you’d be swimming with the ‘gators!

They had gauntlet type punching bags my eldest is holding in the middle – he got a little happy with it and swung it really hard – right into Sam’s stomach. Poor guy. 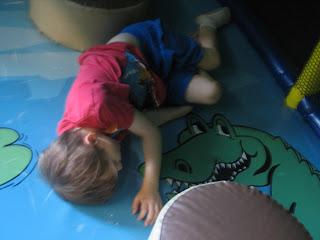 This is Sam after “falling” in the water. I had to save him and lift him out. Such cuteness. 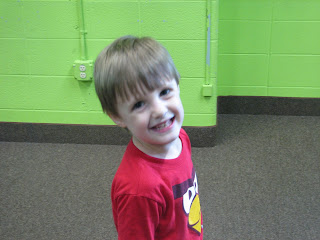 Josh is such a HAM! Ham and “cheese” sandwich, to be exact. 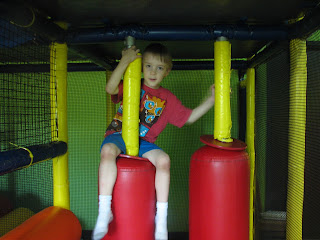 Sam liked sitting up there and making me spin him around.﻿ 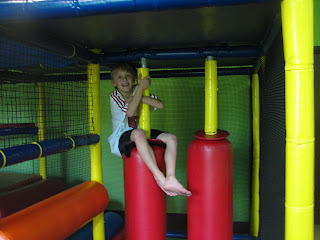 Ben wanted to copy his brother 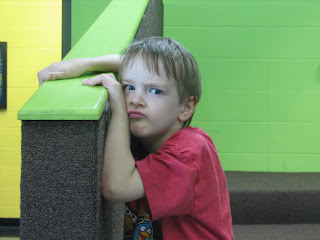 Trying to take Sam’s picture, he absolutely refused to smile. He insisted on making his
“mad face”, so I insisted he make a happy face too.
He gave me this: 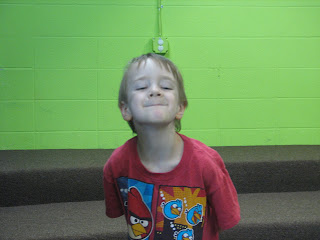 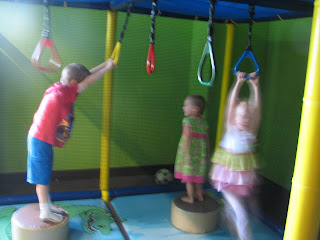 This is Sam swinging like a monkey with his new friend, L (on the right) and her little sister E on the left.

So that was our big playdate today. Neither Sam or L really played WITH anyone, pretty much in their own worlds – Sam did do some running with his brothers a bit though. It was great to catch up with a new friend and watch the kids laugh and play while we talked. I wish I could see them more often!